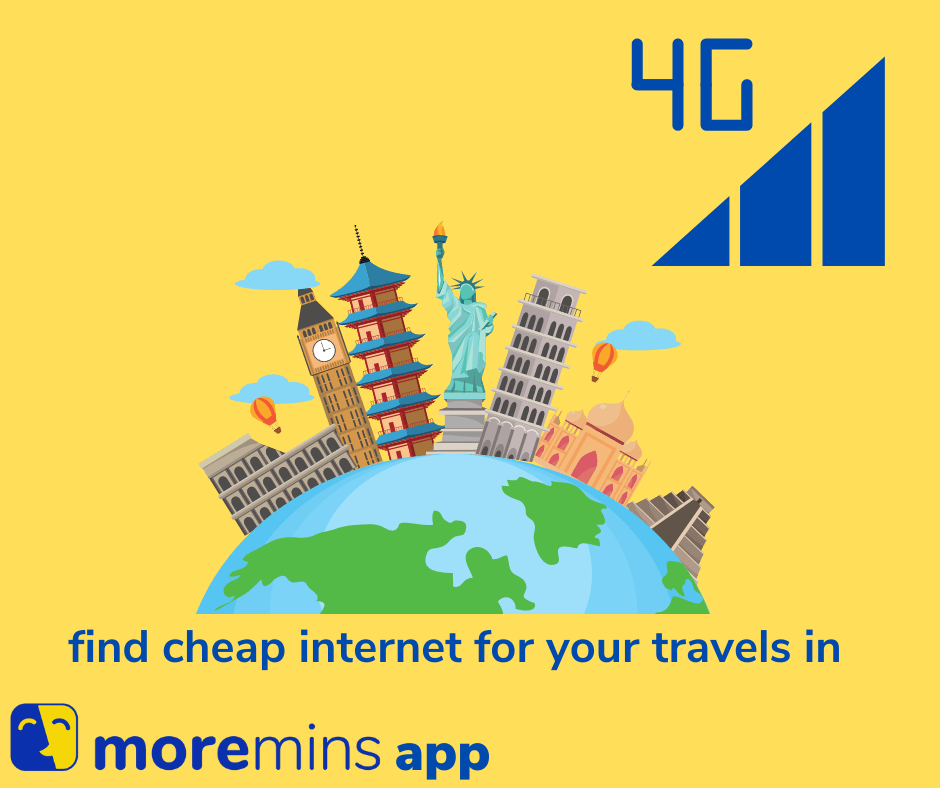 Travelling abroad with one of the latest smartphones? Maybe it already supports eSIM technology?

We suggest you to try cheap eSIM data plan for travel! Or to put it in more simple way, cheap eSIM internet.

It is a bargain when you're travelling. But you can also use it in the country you live in.

Get eSIM mobile data for travelling abroad on MoreMins website shop (or click 'Log in' in the menu). Use eSIM internet with a device of your choice - smartphone, computer, tablet.

Get eSIM mobile data for travelling abroad on MoreMins website shop (or click 'Log in' in the menu). Use eSIM internet with a device of your choice - smartphone, computer, tablet.


eSIM data for travel. A list of supported countries and prices

Below see the list of countries you can buy eSIM mobile internet for. However, a more detailed information about eSIM mobile data plans and updated rates is available near the Rates or on MoreMins website shop.

All plans are valid for 30 days

All plans are valid for 30 days

Other benefits of MoreMins eSIM internet for travels abroad

What is an eSIM?

An eSIM is a digital SIM that is already embedded in your smartphone. It is a small chip in your phone. eSIM works like a SIM card, but you don't actually need to put a physical SIM card in your smartphone. You can subscribe to a mobile operator's services fully online.

The list is under constant expansion as more eSIM-compatible devices are released into the market.

Please ensure that your device is eSIM-compatible* and carrier unlocked before proceeding with the purchase.

We are working on expanding this list as much as we can - we’re dedicated to ensuring that anyone anywhere can stay connected!

The list of eSIM compatible devices is as follows:

How to install eSIM on iPhone?

*Restrictions to device compatibility may apply depending on the country of origin or carrier as below: